In our ongoing survey of the Danish Power Trio – Aavik, Ansuz, and Børresen – we finally come to the heart of the Aavik Acoustics I-580 integrated amplifier. The 580 line is the top of Aavik Acoustic’s tree (with the I-180 and I-280 below it). We still have a phono stage and a streamer in the 580 line to cover, but this is the significant link in the chain; if the amplifier isn’t up to scratch, the quality of front-ends, speakers, cables and everything in between can never catch up, and the sound quality suffers as a result.

The Aavik Acoustics I-580 integrated amplifier is always going to court controversy twice over. First, it’s a Class D amplifier, which in and of itself is often ‘dismissed’ by some audiophiles (‘dismissed’ being the polite term for ‘angry mob with pitchforks and burning torches’). Despite many high-end ‘wins’ – Bel Canto, Jeff Rowland, Merrill, Mola Mola and Primare being notable contenders – many enthusiasts reject Class D out of hand, often for vague notions of something intangible ‘wrong’ or ‘missing’ from the sound, compared to larger, older and less efficient designs.

Regardless, for its Class D engines, Aavik uses the Danish-designed UMAC amplifier modules from Pascal throughout. Pascal’s devices are relatively uncommon in the audiophile world. Still, they are gaining traction in Public Address systems, where their combination of high power, good loudspeaker compatibility and low distortion at higher frequencies make UMAC an increasingly popular choice for concert halls, churches and touring rock bands.

Why are they gaining ground against other Class D modules? Unlike traditional switching amplifiers that generate their PWM (Pulse Width Modulation) signal against a square wave, UMAC modules use sine waves instead; this makes for less high-frequency noise and requires less filtration at the output as a result. This has a knock-on effect of lowering the inductance of the output and giving the amplifier both a higher damping factor and provision to double its output as you move from eight Ohm to four Ohm loads. In other words, it drives loudspeakers with more authority, an early criticism of Class D designs. 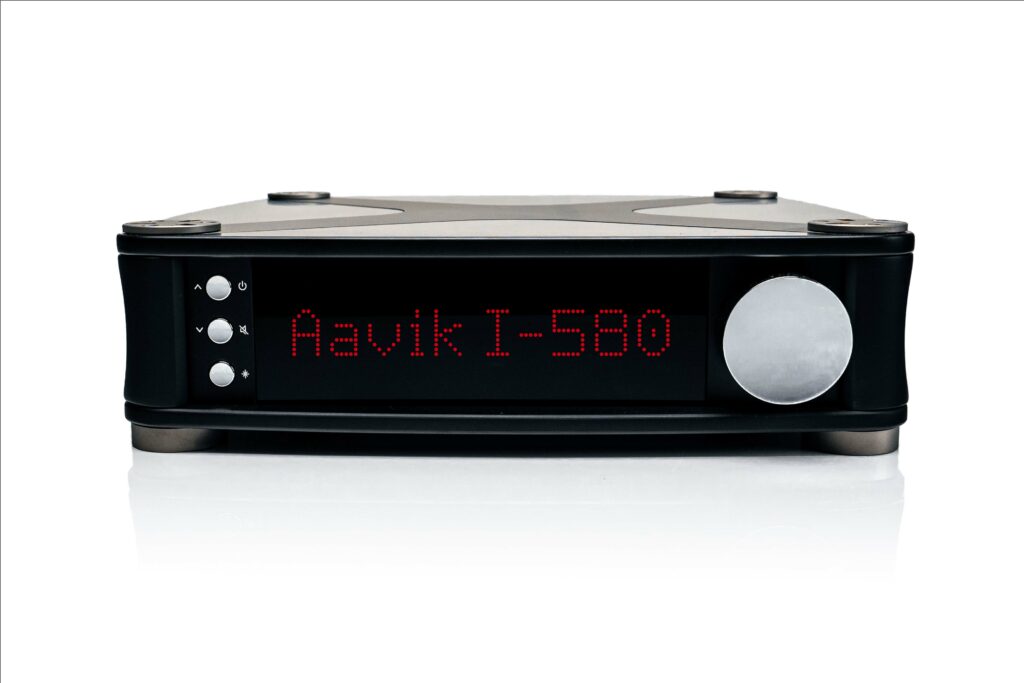 This is an inherently low noise design, but Aavik reduces that noise floor further by using ultra-low noise regulators to supply power to the amplifier’s circuitry. Aavik claims these regulators offer significantly lower noise than conventional regulators. The I-580s line stages also feature an inverted, virtual ground topology for greater stability and low signal-to-noise ratio irrespective of volume level. This last is seldom discussed, but often the signal-to-noise ratio is a snapshot of the amp’s performance that doesn’t take very high or very low volume levels into account. Many amps might sound dynamic, expressive, and accurate at normal listening levels (where they are measured), but things fall apart at very high or very low volumes.

As above, not so below

The other part of the I-580 controversy relates to how it justifies its place relative to the I-180 and I-280 below. An on-paper basic audit of the specifications of the three amplifiers shows them to use the same basic layout and amplifier module roll-out. They are all 300W amplifiers capable of delivering 600W into four-ohm loads, they are all single-ended only amplifiers with the same number of inputs and outputs, the same large multi-LED front panel and on surface inspection, a similar case. Looks can be deceptive, however, because the I-580 includes a copper inner chassis and titanium resonance control plates in the case that are not included in the other models.

However, perhaps the most significant change is the sheer number of Ansuz Active Tesla Coils in each device; for example, where the I-180 uses 132 such coils, the I-580 uses 348 (240 of which are the company’s square coils). Factor in more than double the amount of Aavik’s dither modules (five in the I-280, 11 in the I-580) and four of the company’s Anti Aerial Resonance Coils, and the I-580 is about as RF and EM interference-free as it is possible to make currently. Those who get hot under the collar about whether RF and EM interference is a blight on audio will grind off some tooth enamel at the thought of so much treatment.

Finally, and common to all models in the Aavik line, the I-580 has built Darkz-ready bases into the top and bottom plates allowing Ansuz’s clever mechanical vibration system to help eliminate yet another potential source of interference. Given the low heat output and the shielding of the amplifier, it’s perfectly acceptable to stack 580-series models on top of one another using a quartet of Darkz to separate each level.

The amplifier itself does need some time to bed in. This isn’t so much ‘running in’ as ‘needing a bit of a rest after moving about’. I also found that cycling the power several times after changing loudspeakers or loudspeaker cables did seem to make the system more of a ‘match’. But regardless, after a few hours of amplifier pampering, it’s ready to fly!

I’ve heard several iterations of the Aavik amplifier now, from the hulking great U-380 Unity metal version with the large central dial and built-in DAC to the smaller but equally impressive U-150 Unity and now the I-580. With each iteration, they have got lighter in weight and better in sound. The difference in sound quality is not profound – more evolution than revolution, to harness the cliché – but it is better. The previous generations always had a deep, muscular bass and an extremely dynamic and transparent presentation, albeit with a small amount of soundstage limitation and some dry, slightly laid-back sound typical to Class D.

The I-580 expands that soundstage a lot while making that signature dryness less of a feature and more of just a Class D accent. The leading edges speed through this amplifier significantly, giving it a remarkable sense of ‘thereness’ that is hard to beat. Out came ‘Clara’ by Jarvis Cocker and Chilly Gonzales [Room 29, DG], and the combination of piano and slightly broken voice in a hotel suite was like you had been transported into the live event.

This also showed up the volume sensitivity of the amplifier; I’ve been used to hearing some amps – especially Class D designs – have a distinct ‘goldilocks’ point on the dial, where ‘too much’ gets too hard and dry sounding and ‘too little’ breaks up the authenticity and integrity of the sound. Any such changes will be easy to hear because there’s no hiding place. But with the I-580, you could play whisper quiet or very loud with no sense of change in tonality at all.

The I-580 should silence the Class D naysayers because that flat, artificial, electronicky sound associated with the technology had all but disappeared back when the U-380 first dropped (sadly, literally; my sample ended up falling out of its box and narrowly missed flattening my foot). It’s gone now; the sound is still slightly dry and precise, but this is more like a focused sound than a musical desert.

Soundstaging is broader and deeper than I expected; the I-580 doesn’t have the lush imaging of the best valve amplifiers. However, one could argue the best valve amplifiers don’t have the ‘snap’ and imaging precision of the I-580. Couple that with almost no background hash or noise, and sounds are portrayed with near-textbook detail and accuracy, powerful dynamics, outstanding bass and an accurate, zing-and-sting-free top-end. 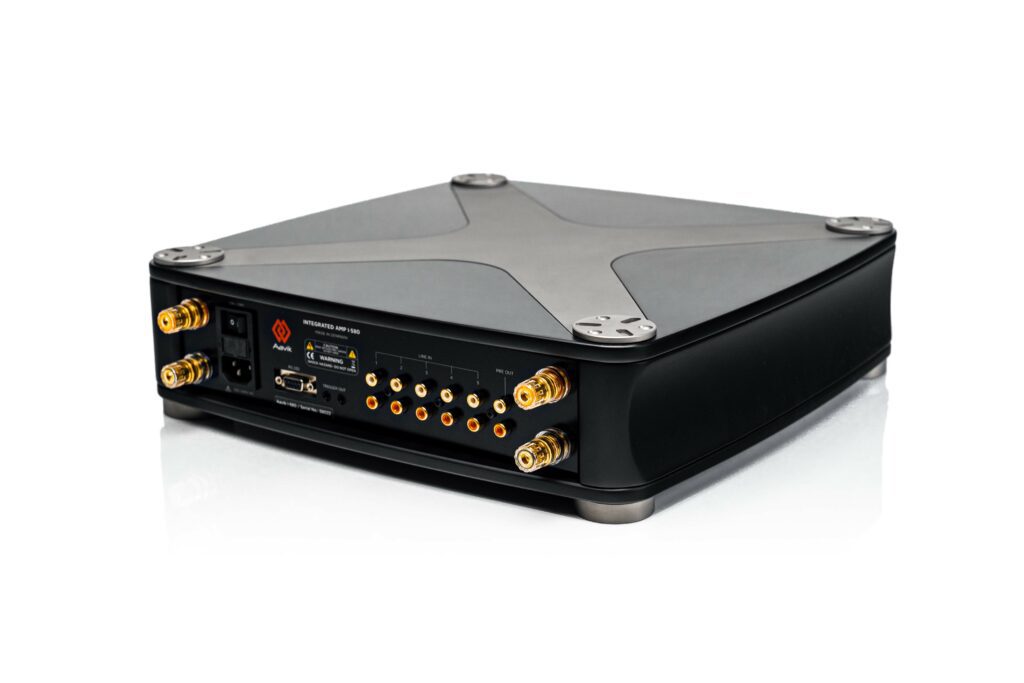 This made me want to explore all of Ma Rainey’s Black Bottom [Branford Marsalis, Sony], from the 1920s recreations like ‘Those Dogs of Mine’ to the atmospheric ‘Levee Confronts God’. And it all worked brilliantly. Even without the need for double entendre. And you know you are on to a good thing when you can play anything from Liszt to Led Zep in a single sitting and enjoy it all equally well.

While the inevitable and seemingly endless car analogies used in audio are now almost painfully overused, there is a surprisingly strong parallel between the audio and motoring world when it comes to damn good amplifiers; both fields are in that transition point between an old and a new technology (moving from petrol to electric in cars, Class A and AB to Class D in audio).

Just as driving a high-performance electric car requires a few slight tweaks on the driver’s part to accommodate and genuinely understand how an electric car performs, we are at a point where listeners are starting to shift their perceptions about how recorded music sounds through amplification. All of which means this amplifier is very likely the Tesla Model S Plaid of the audio world!

On the face of it, the fact the Aavik Acoustics I-180, I-280 and I-580 look similar and share a similar essential performance would make it seem that the big boy is a poor proposition. However, the proof is in the listening, and this is one of the best Class D amps out there, and one of the best amps irrespective of amp design. While understandably at its best in the sublime company of its Ansuz and Børresen peers, it’s both a remarkable performer and a perfect gateway into the company’s ethos… and probably many products from these companies.

The post Aavik Acoustics I-580 appeared first on Hi-Fi+. 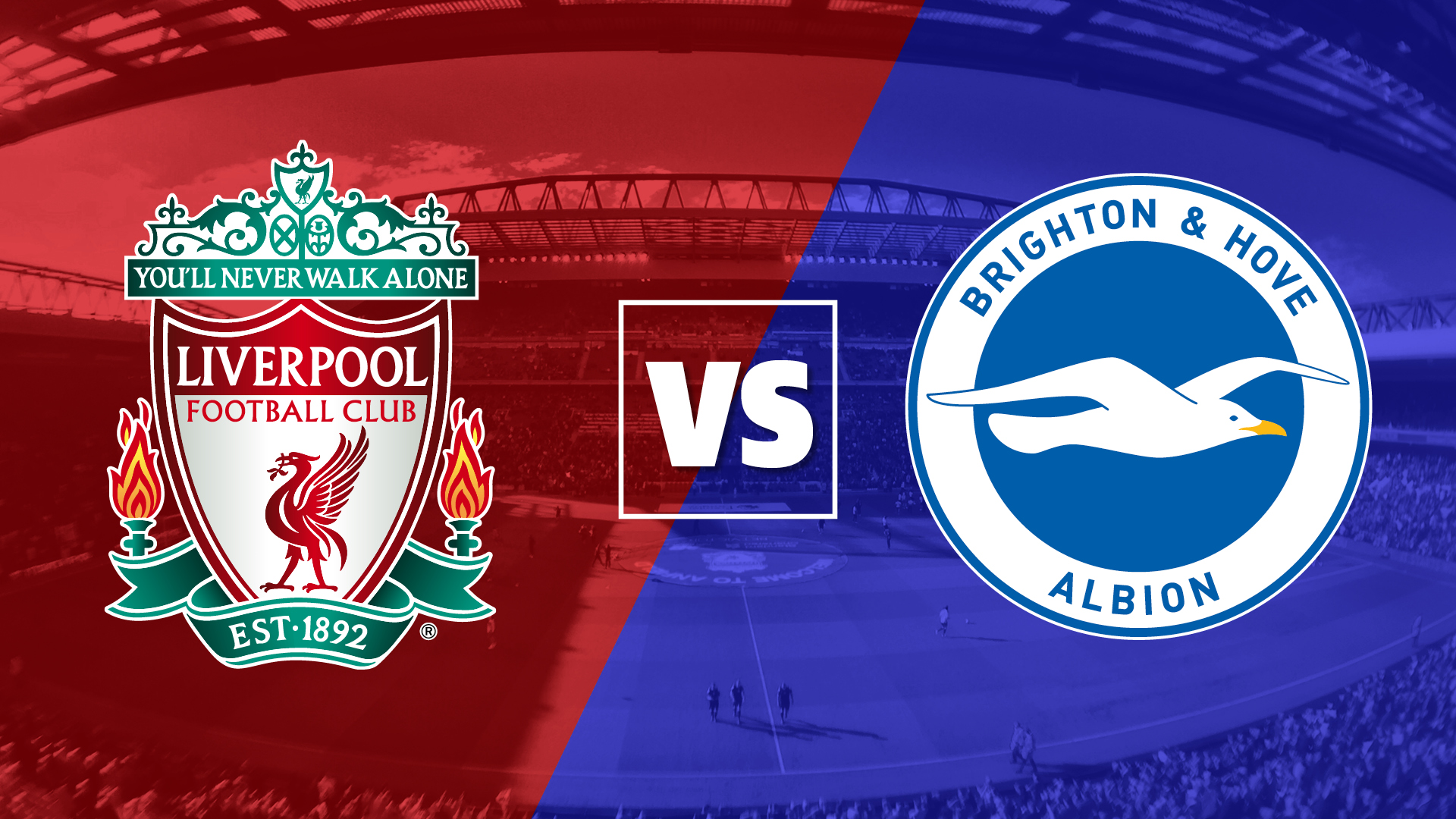 Liverpool vs Brighton live stream: how to watch the Premier ... 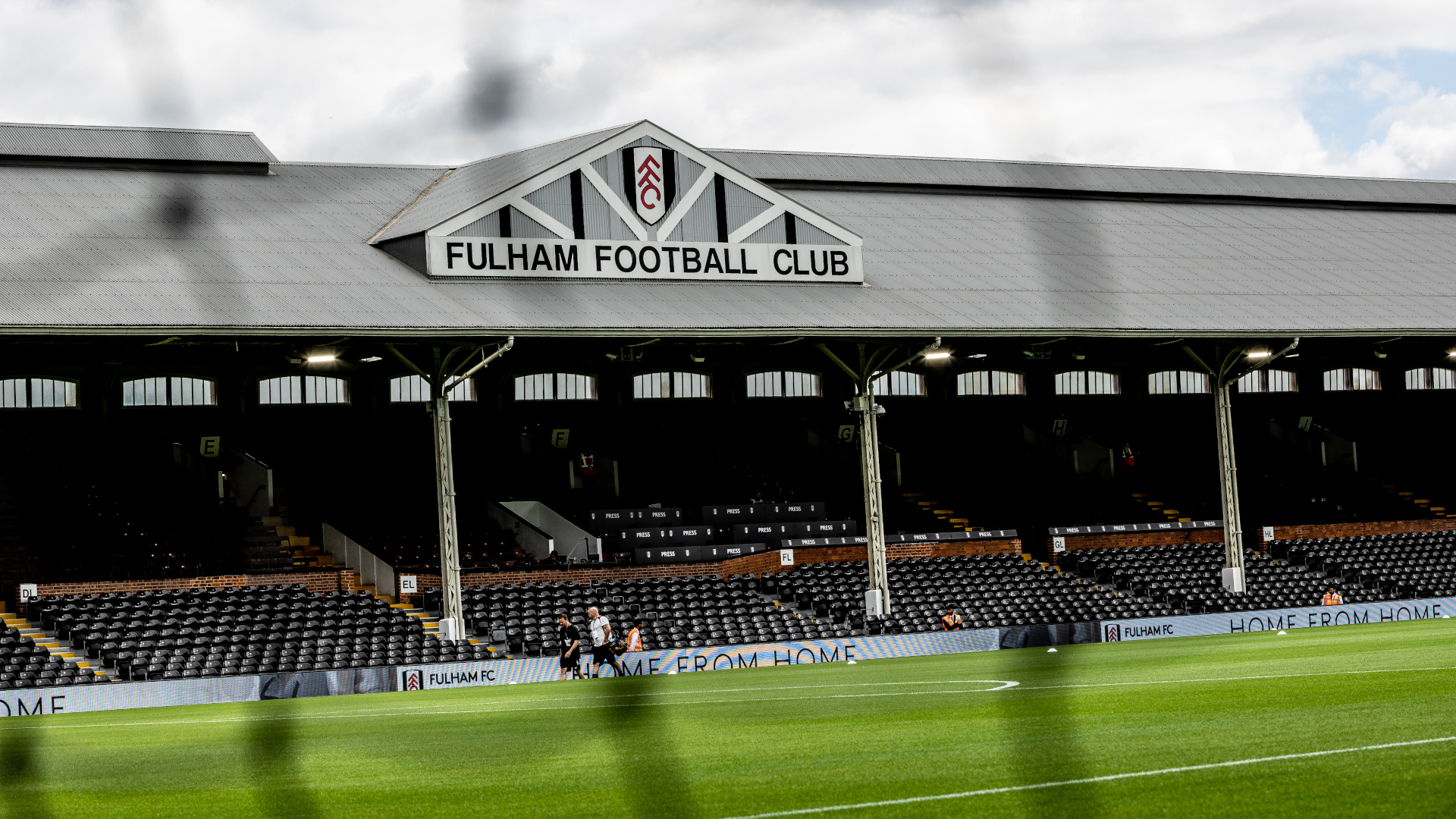 Fulham vs Newcastle live stream: how to watch the Premier Le... 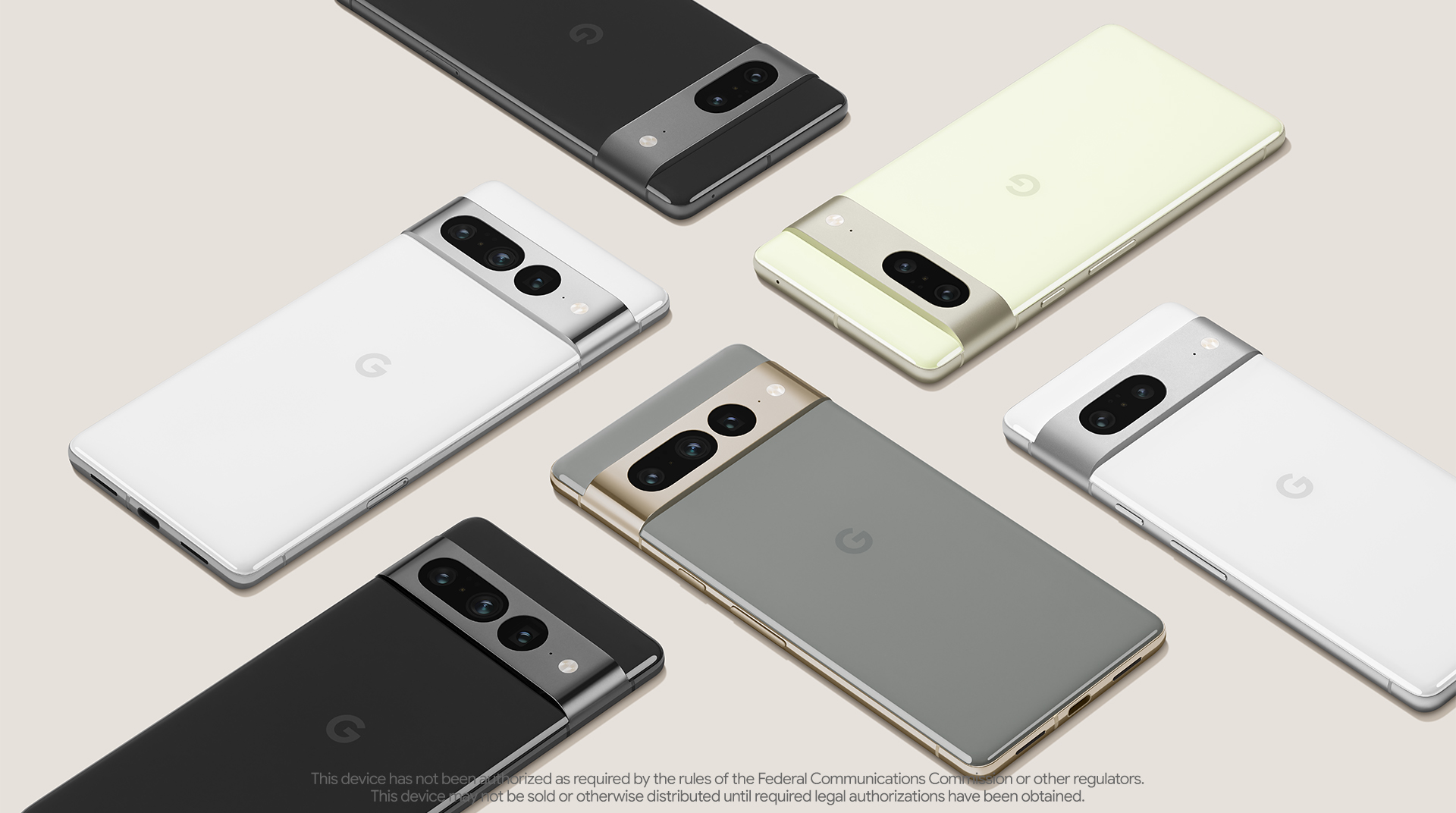